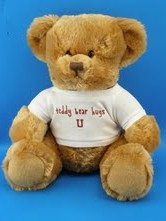 The healing power of a teddy bear has been recognized as enhancing a patient’s hospital experience in the University of Minnesota hospital system. This partnership between teddy bears and U of M hospitals began more than 20 years ago when a campaign called “Doctor U Bear” began. Doctor U Bear was a mascot that visited the patients’ rooms while spreading goodwill, joy, and support. In April of 2011, a small group of volunteers committed their time and efforts to formally launch a new, modern-day teddy bear charity that would benefit all the patients in the U of M Hospitals on a specific date in November of each year.

On November 9, 2011, Teddy Bear Hugs U officially launched, and completed, a room-by-room delivery of hundreds of Teddy Bears to the Patients in the hospital that day. Our inaugural event was a huge success. In late December of 2011, a donor came forward and asked that we expand the Teddy Bear Hugs U Charity to include providing Teddy Bears to each child admitted to the Amplatz Children’s hospital year-round, day in and day out. With the help of the Minnesota Medical Foundation, we have established a tax deductible fund for Teddy Bear Hugs U.

Your donations to this worthy cause are greatly appreciated. info@teddybearhugsu.org

Providing joy and comfort to the Patients and families at the University of Minnesota Hospitals, at the same time providing a higher level of Patient Experience.

If you'd like to make a tax deductible donation to support Teddy Bear Hugs U, here are two convenient ways to do so. If you have a PayPal account, merely click where it says Donate below. If you prefer, mail a check to our address. Your donations are greatly appreciated. Thanks for your support.

Smile of the Month 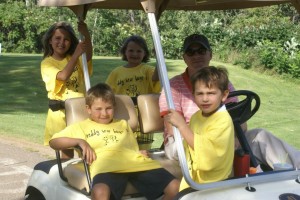